We have restored a 1933 Moller residence player pipe organ for a private residence in Santa Fe, New Mexico. This organ was originally installed in a residence in Hornell, NY. The Kegg company removed it from this location.

The organ is installed in a newly-built private chapel. The building includes vintage windows with walls of traditional lath and plaster. Though the room is not large, the acoustic is quite fine. The organ is installed beneath the floor and speaks through a custom floor grill just as it did in its original home. This duplicates the original installation such that no changes were made to the organ structure and winding. The organ was originally 5 ranks plus Chimes. It was prepared for the addition of a second soft String and a Harp. We made these additions using vintage Moller materials and placed them according to the original drawing. The original design is now complete. The ranks of pipes are: 16' Flute, 8' Diapason, 8' Salicional, 8' Dolce, 8' Clarinet, 8' Vox Humana. These ranks are unified over 2 manuals and pedal. All the original relays and switches were retained and restored.

The Moller player is called the "Artiste" and the name was first used by Moller for its roll player system. Later this same name was used for a series of cabinet organs. The player is in a cabinet separate from the console and controls all manual notes, pedal notes, stops and expression. It is capable of playing 4 separate musical lines at once.

Below you can see the organ set up in the Kegg shop and playing Intermezzo from Cavalleria Rusticana. There is no expression of course. At the bottom of the page you can hear recordings made after the final installation with full expression. It's interesting to compare the two recordings.

Here are several selections played by the Artiste roll player. Listen for the Harp glissandos in the Gershwin. The Harp also plays a prominent role in the Ketelby. These are original 1933 Moller rolls. None of these particular titles were hand-played, but were arranged by Frederick Hoschke who headed Moller's player department. 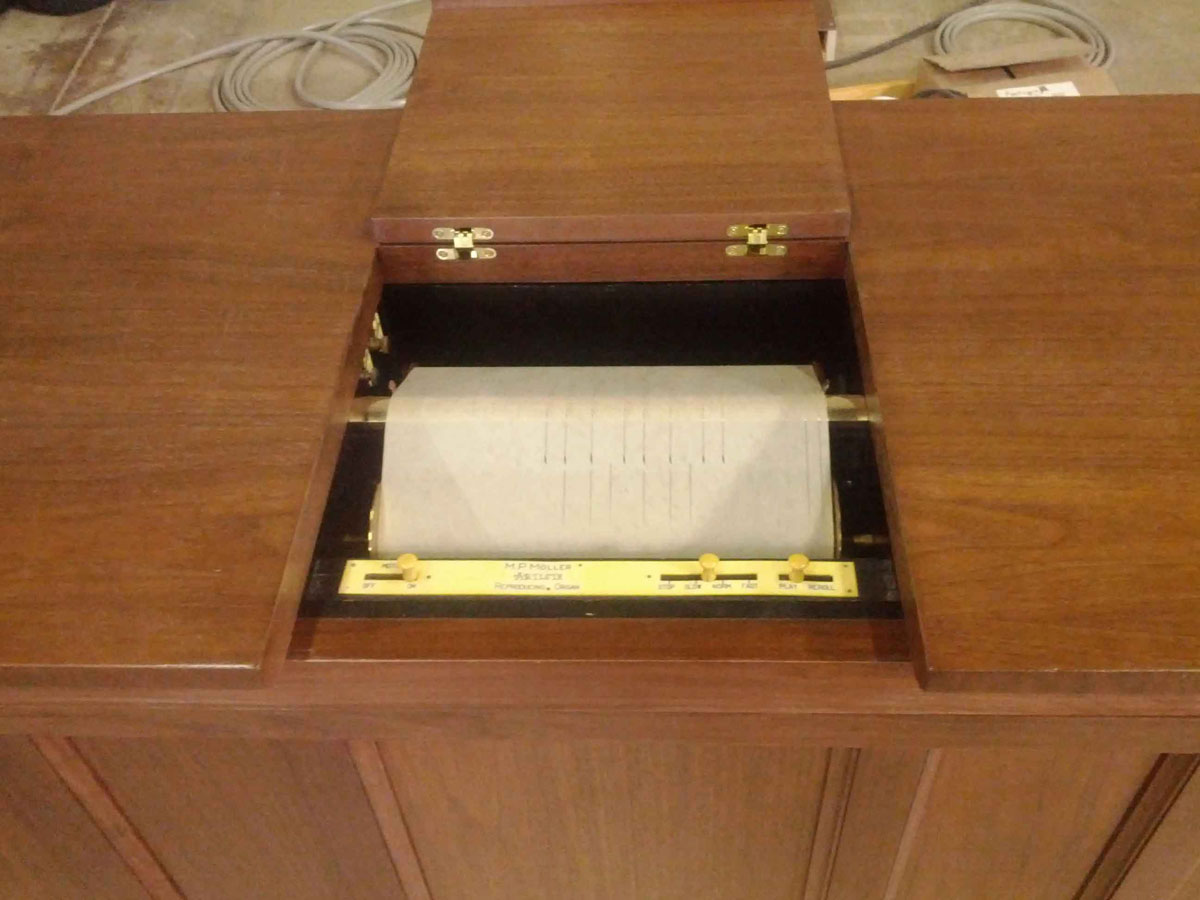 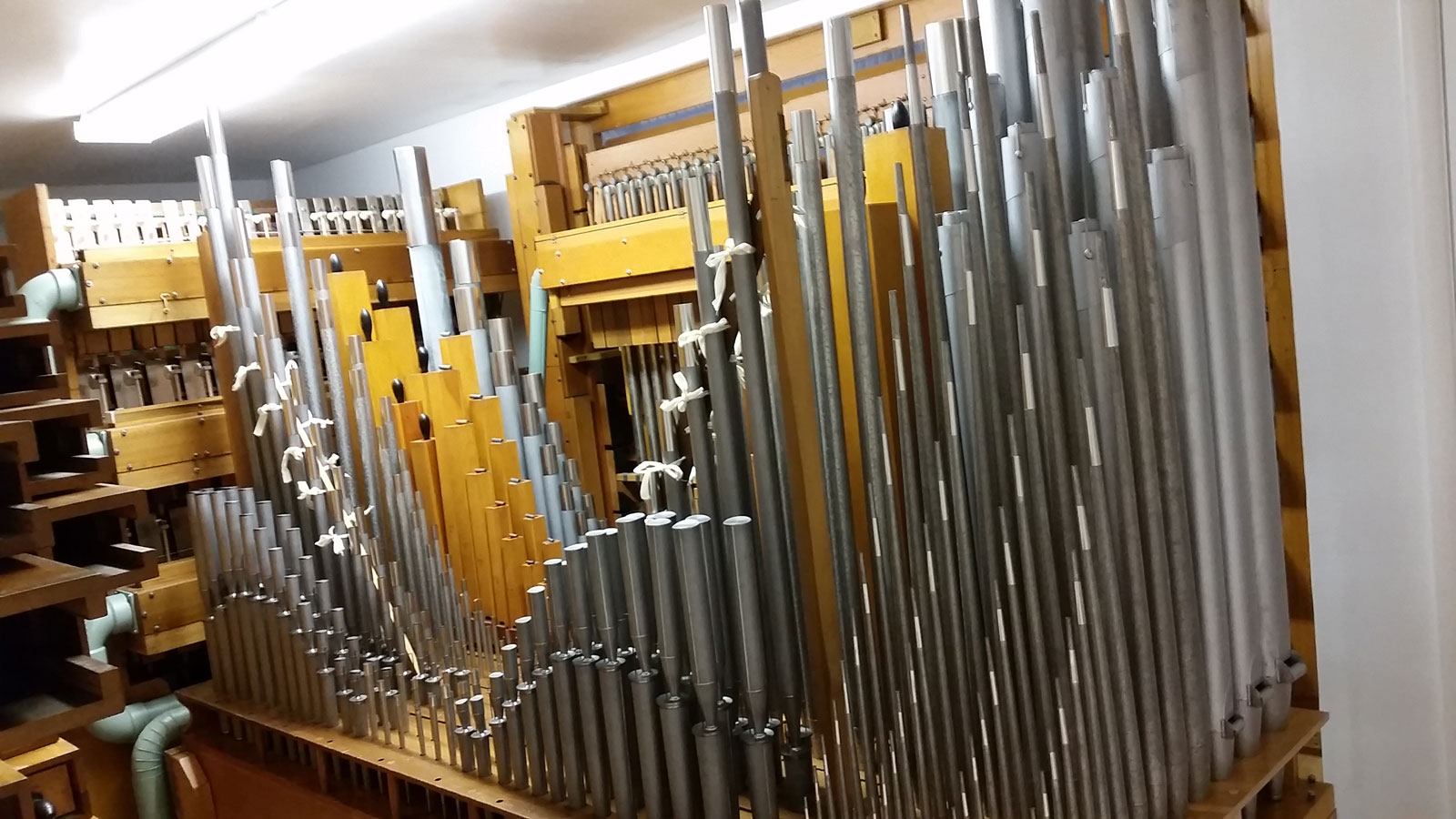 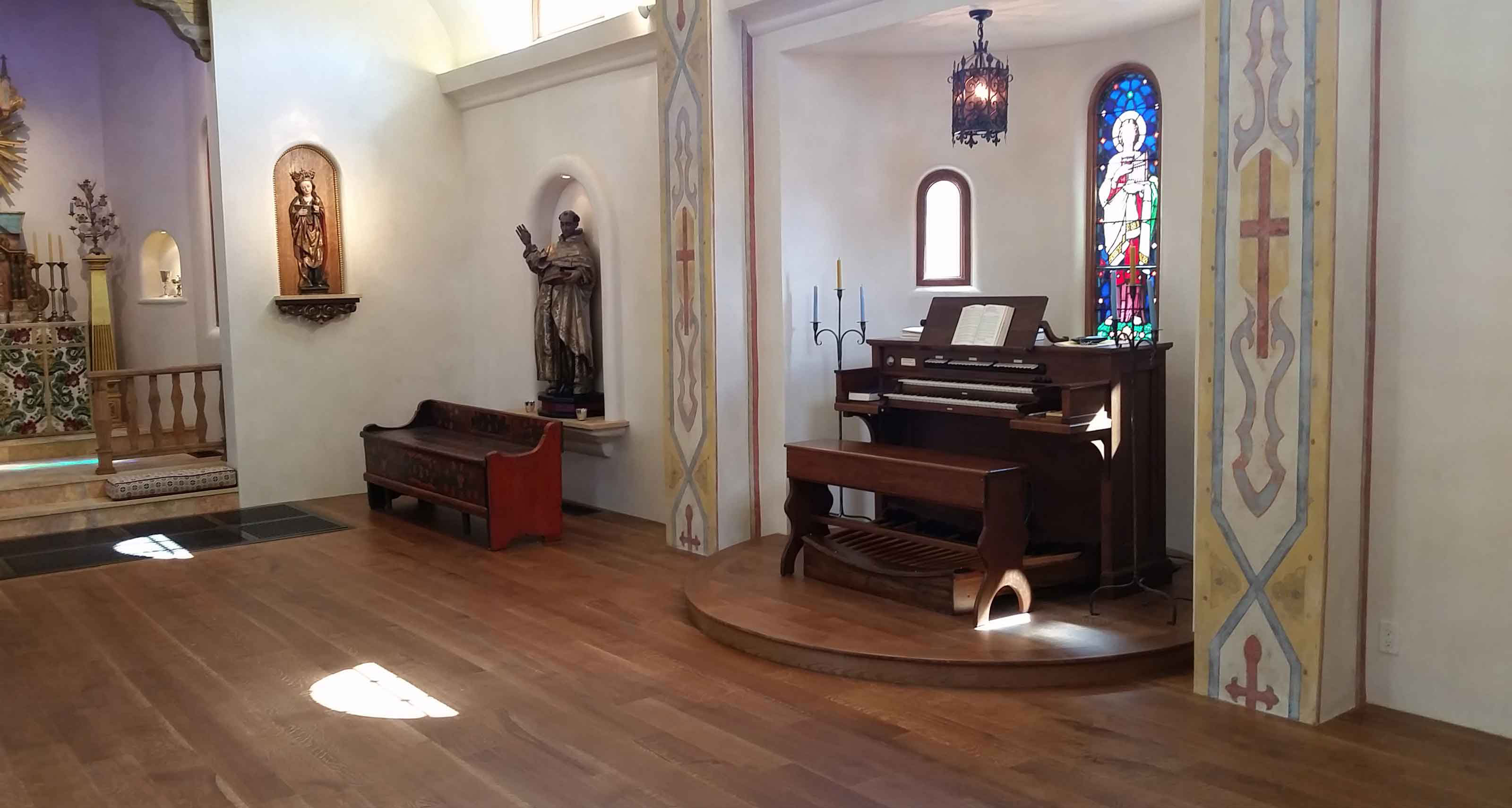 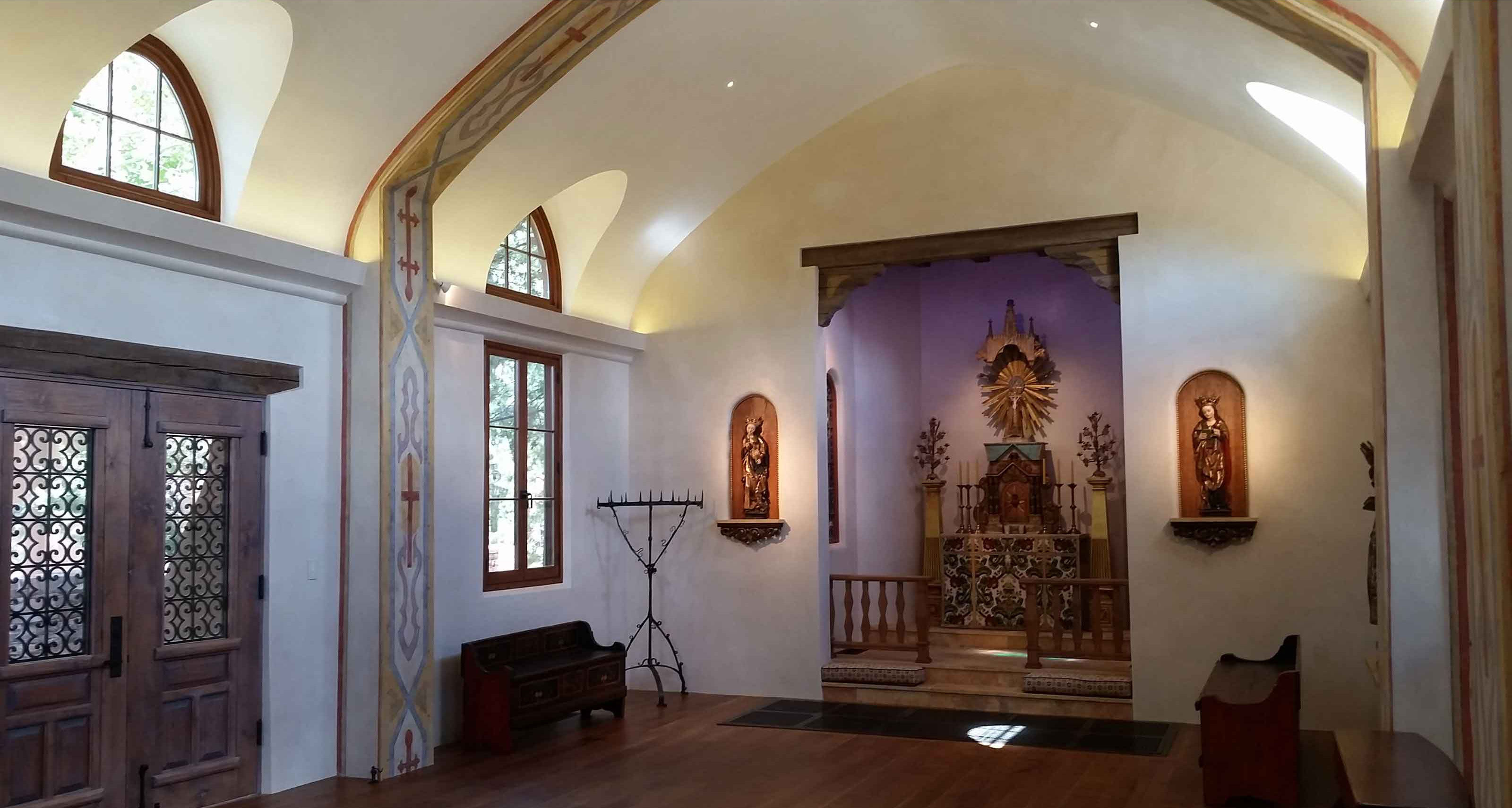