This exciting project brought together two E.M. Skinner pipe organs to form the Chara Aurora Cooper Haas Pipe Organ for this fine Cram/Pitcarin building. Skinner opus 574 and 682 were combined with new additions in EMS style to complete a colorful specification in the school of late 1920s Skinner instruments. Pipes, wind chests, reservoirs and tremolos from the original instruments were retained. Structure, winding, expression enclosures, electrical system and the console are new along with a new case and speaking facade. The organ was dedicated on November 21, 2014 including performances by Peter Richard Conte, Bryan Dunnewald, Terry Schnarr and Fred Haas.

It is particularly interesting that the design of this organ closely parallels that of the organ designed by Ernest Skinner for this church, but which was never built due to the onset of WWI. This fact was discovered in the church archives after the design of the new organ was finalized.

During construction the organ was expanded with the addition of the Celestial division. This new division is located in the attic space above the crossing and speaks down into the lantern. Additions to the original Echo spec include a pair of Gross Gambas, a very high pressure Tuba Mirabilis and Flauto Mirabilis, and Deagan Tower Chimes installed inside the building. The Tuba Mirabilis is in Willis style on 20" of pressure and the Flauto Mirabilis is a large metal harmonic flute and speaks on 10" pressure. Special features include the Celestial tremolo available to be added via 2nd touch. This permits the musician to easily add the tremolo to held notes and instantly retire it on moving notes. We believe this to be a first in orchestral organ features.

The console case was inspired by the pulpit of the church and hand-carved in white oak.

The cover feature from The Diapason, December, 2014 can be seen by clicking here. 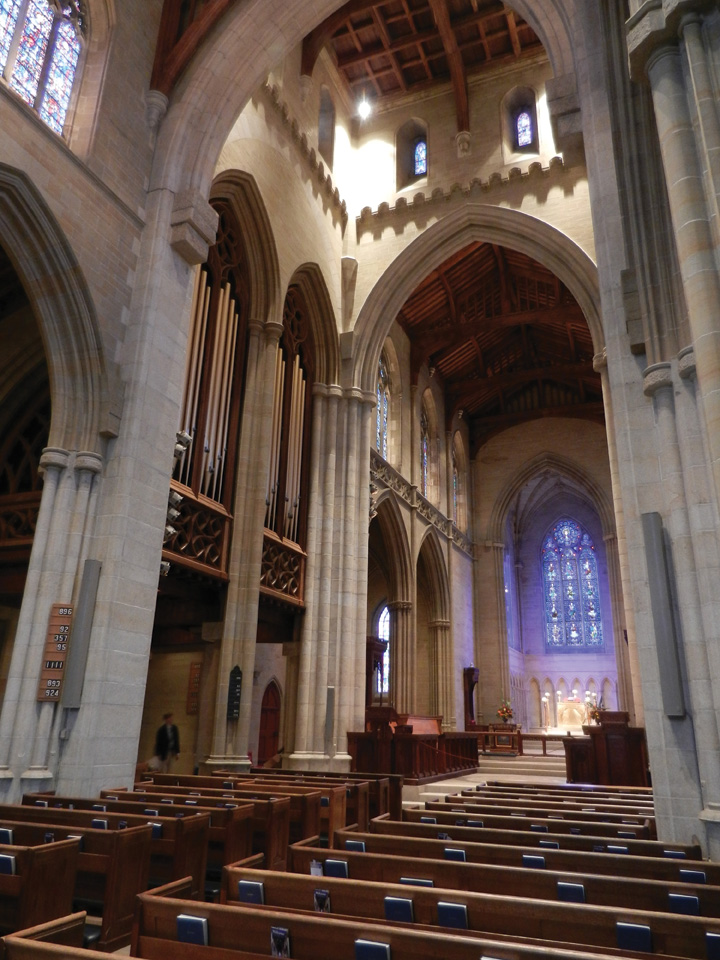 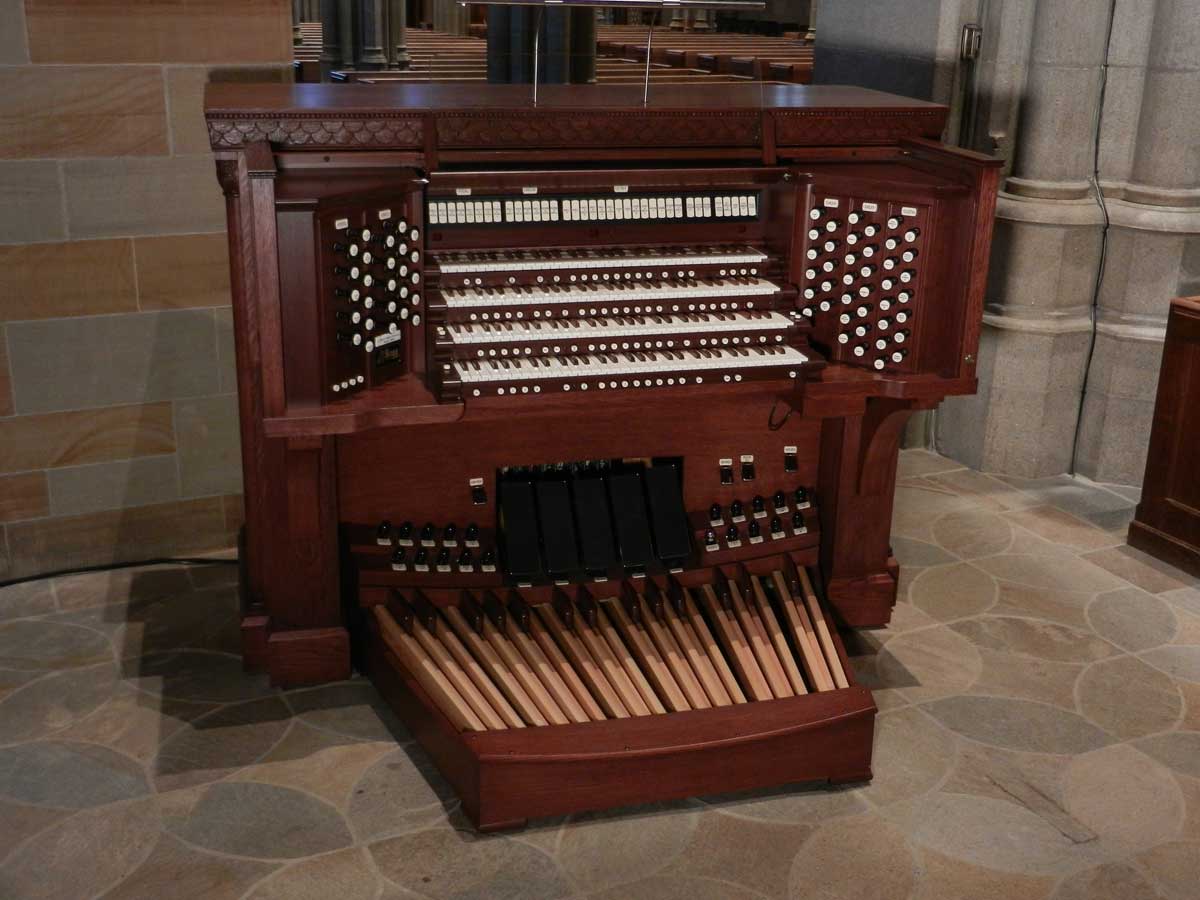 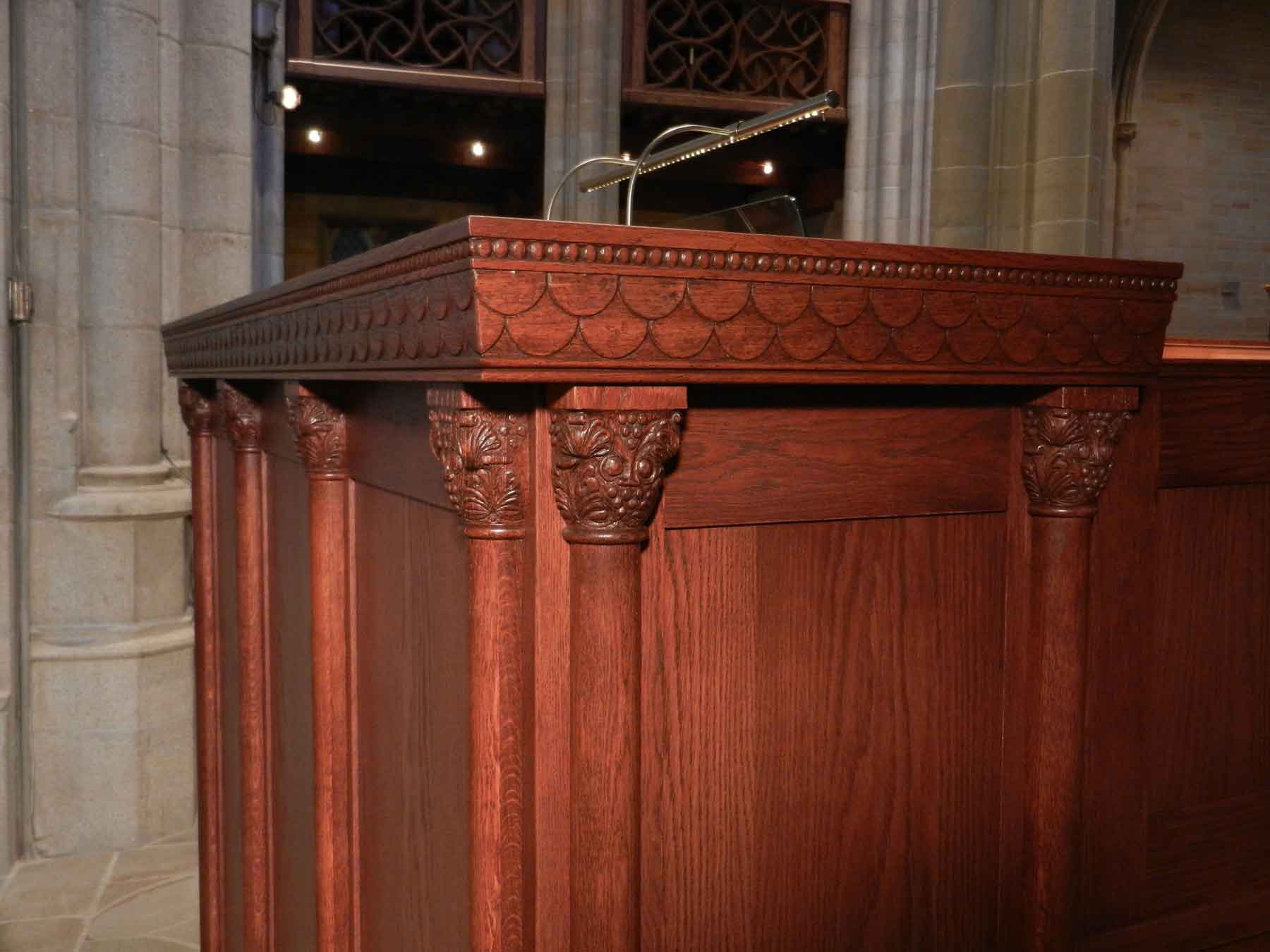